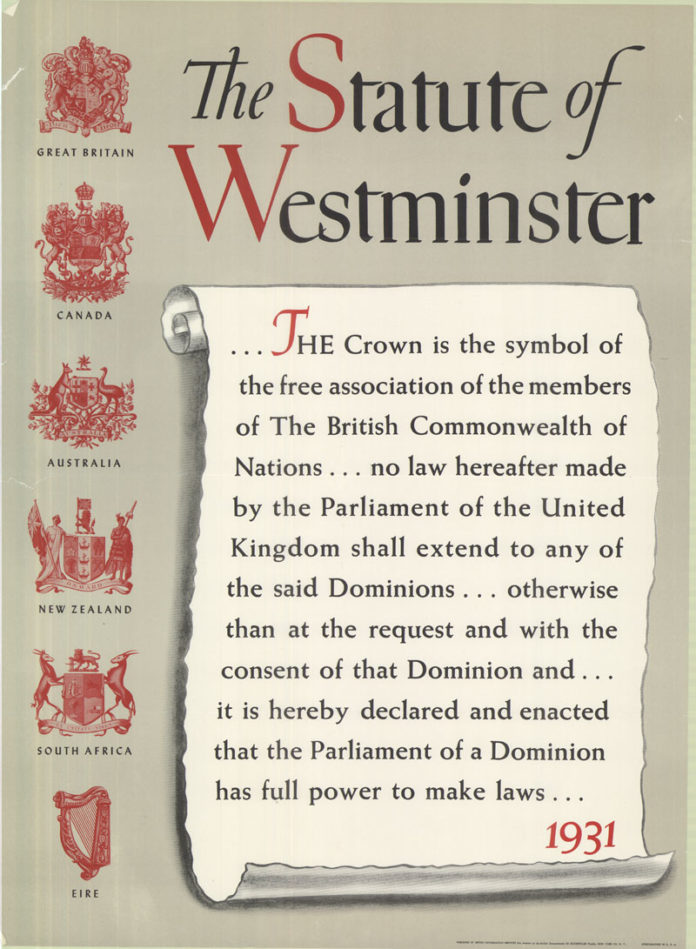 You may have come across fringe groups in Canada claiming that the Canadian government has no legal status while attempting to wind in information about various legal statutes being invalid on the basis of someone’s opinion about their interpretations of the meanings of legislation and statutes enacted over decades in the early days of Canada.

We would urge you to read the original source documents they are alleging to “expose” for yourself and not rely on someone else’s opinion as to the meaning.

Quite recently we had cause to examine someone’s reliance on the Magna Carta, which is the foundation for British Common Law as a means of challenging the Canadian federal government on the grounds of the Magna Carta’s provisions for redress of complaints. This amounts to the complainants lodging their complaints with a “Council of Barons” who could serve a formal petition on the Queen who then had a specified number of days to “right the wrongs” or be subject to “seizure of (her) Castles, Lands and Property” by said Barons.

“If we, our chief justice, our officials, or any of our servants offend in any respect against any man, or transgress any of the articles of the peace or of this security, and the offence is made known to four of the said twenty-five barons, they shall come to us – or in our absence from the kingdom to the chief justice – to declare it and claim immediate redress. If we, or in our absence abroad the chief justice, make no redress within forty days, reckoning from the day on which the offence was declared to us or to him, the four barons shall refer the matter to the rest of the twenty-five barons, who may distrain upon and assail us in every way possible, with the support of the whole community of the land, by seizing our castles, lands, possessions, or anything else saving only our own person and those of the queen and our children, until they have secured such redress as they have determined upon. Having secured the redress, they may then resume their normal obedience to us.”

There’s a problem here. No one knows who these Barons are these days (if they even exist), what the mechanism would be for serving this “petition”, or who would participate in the proposed seizures without themselves being seized by the local authorities!

We lately became aware of groups in Canada (labelling themselves “De Jure Canada” “The Myth is Canada” “CPU” “Will of a Nation”) making very expansive and erroneous claims that Canada is not a sovereign country based on sundry interpretations of such documents as the Statute of Westminster (1931).

It is argued that this document gave sovereign powers to the Provinces. While it recognized the rights of provincial legislatures to pass legislation, it certainly doesn’t grant them sovereignty as independent nations or having separation from the Parliament of Canada. From the Statute of Westminster:

7.(2) The provisions of section two of this Act shall extend to laws made by any ofthe Provinces of Canada and to the powers of the legislatures of such Provinces to Canada.

The Statute of Westminster also precluded any legislation that would have an impact on the British North America Act (BNA):

7.-(1) Nothing in this Act shall be deemed to apply to the repeal, amendment or alteration of the British North America Acts, 1867 to 1930, or any order, rule or regulation made thereunder.

What appears to be fanning the flames for these “Canada is not a sovereign nation” groups appears to be nonsense like this: “With the Statute of Westminster, the Provinces were acknowledged as being sovereign independent states…” in an essay written by a Patrick Anthony Ellis in 2006 that’s making the rounds in these groups.

It’s very clear from the Statute itself that this is a blatant lie.

Nonetheless there were many Parliamentary debates regarding amendments to the BNA long before Pierre Trudeau succeeded in “bringing the Constitution home” in 1982.

Of course this triggered further and other debates which are not the purpose of this article.

One group has quoted UN Declaration 1514(XV) in 1960 regarding the independence of countries and colonialization. If anything this declaration should make UN Agendas 21, 2030 and the Migration Compact contrary to the UN’s own declarations regarding national sovereignty and neo-colonialism through Open Borders philosophy! 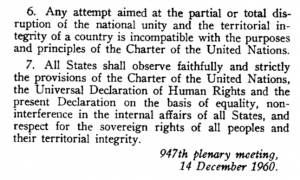 Another pundit tried to weave in an organization named UNIDROIT who clearly did not understand what they were linking to in an effort to plead “See, Canada isn’t recognized as a country under international law!”

Canada would not be listed as a country if it didn’t exist. And to make matters even more entertaining the link provided a table of countries with similar statutes regarding Wills and Estates. (https://www.unidroit.org/status-successions)

What does the UNIDROIT acronym stand for? United Nations International Law. They style themselves as the International Institute for the Unification of Private Law. Its home base is located in Rome, Italy.

“The International Institute for the Unification of Private Law (UNIDROIT) is an independent intergovernmental Organisation with its seat in the Villa Aldobrandini in Rome. Its purpose is to study needs and methods for modernising, harmonising and co-ordinating private and in particular commercial law as between States and groups of States and to formulate uniform law instruments, principles and rules to achieve those objectives.

Set up in 1926 as an auxiliary organ of the League of Nations, the Institute was, following the demise of the League, re-established in 1940 on the basis of a multilateral agreement, the UNIDROIT Statute.

Membership of UNIDROIT is restricted to States acceding to the UNIDROIT Statute. UNIDROIT’s 63 member States are drawn from the five continents and represent a variety of different legal, economic and political systems as well as different cultural backgrounds.”

One of the 63 “member states” is Communist China.

The groups who are advancing the notion that Canada is not a sovereign nation are de facto advancing the UN Agendas to turn our country into a series of UN Globalist established districts. Some have even gone so far as to elect themselves as “Lieutenant Governors” of our provinces. And they seem to be pretty smug about it.

These same groups advocate that Canadians should disenfranchise themselves by not voting in elections and eschew all political parties while devoting themselves to the aims of these nouveau Constitutional fakirs. We need to wonder if and when reality will set in and they come to the realization that they have no way of gaining legal recognition or advancing their notions in the context of our Parliamentary system. Or are they subversives actively being supported by the UN?

Another issue that is of concern is their approach to First Nations peoples. They appear to have taken up the UN notions about aboriginal rights that are presently being espoused to support recent immigrant neo-colonialist attitudes towards Canada’s existing majority population.

This philosophy is advanced by Mr. Ellis in his previously cited book:

“Another of the ways in which the Ottawa authority went about business in extinguishing Indian Title was through immigration. Through immigration the indigenous population would be overwhelmed with the influx of the European population thereby the significance of the Indian becomes trivial. The Governor and Company of Adventurers of England Trading into Hudson Bay was opposed to immigration as it would impact on the fur monopoly the company had. It was the Hudson’s Bay Company that looked to the “human” resources to exploit the natural resources and to eventually displace the Indians. Eventually, it was found that not only would the influx of immigrants dilute the population it also provided a vast pool of human resources that could be used to exploit the land. It was good business sense. Immigrants were brought in from European countries. Polish, Ukrainians, Germans, Hungarians and people from other countries were brought to Turtle Island with the promise of “free land”. The immigrants who came here were mainly uneducated but couldn’t resist the lure of free land. In having the Indian population outnumbered by the settlers, it would be easier for the politicians deal with the Indian problem. As it stands, within the area known as Canada there are about 35 million “Canadians” and about 1.8 million Indians.”

He repeatedly refers to Canada as “Turtle Island” however this is also a stretch. Turtle Island is the title given to the entire planet Earth by some North American aboriginal tribes. Here is the Ojibway creation story for reference.

We might also point out that there was never a single homogenous nation of “Indians” as he puts it. The notion that the purpose of European immigration was for the purpose of dealing with “the Indian problem” is ludicrous.

This is a much more accurate historical account, open ethnocentricity and all:

“While the period after 1867 saw a rise in international immigration, the movement did not fully take off until 1896. After a tough economic recession from 1873 to 1896, Canada thirsted for settlers. With the help of Sir Clifford Sifton, Minister of the Interior from 1896 to 1905, immigrants began to find their way to the Canadian Prairies. Sifton is known for promoting the immigration of non-traditional immigrants to Canada. Sifton strongly believed that sturdy European immigrants were the best settlers for the challenging Prairies, because of their familiarity with agriculture, rural lifestyles, and harsh climates. He is best known for his statement that “a stalwart peasant in a sheep-skin coat, born on the soil, whose forefathers have been farmers for ten generations, with a stout wife and a half dozen children, is a good quality.”[2] Sifton disliked the idea of urban populations settling the Prairies, for they would congregate in cities, instead of developing Prairie homesteads. Instead, he promoted the immigration of groups like the Ukrainians, Hungarians, and Mennonites over the more ethnically “desirable” British immigrants.”

European immigration was never aimed at suppressing “the Indians”.

What should also be concerning are attempts by the UN to usurp Canadian sovereignty by encouraging public statements to the effect that Canadians are living on “unceded tribal lands”.

The question remains why a special declaration of rights is required when existing human rights/equal rights legislation exists and aboriginal rights are enshrined in Canada’s Constitution Act of 1982?

National Citizens Alliance considers the biggest threat to Canadian sovereignty to be mass immigration of 3rd world migrants whose social norms are not in alignment with Canada’s enlightened social norms and who are actively resisting integration in conjunction with the UN Globalist Open Borders agenda.

This mass migration (with 1,087,621 migrants projected to enter Canada through all streams in 2019 alone) is having a very negative impact on Canada’s economy, employment opportunities in stable/good paying jobs and causing widespread poverty and homelessness. It is also responsible for housing prices spiraling beyond the point of affordability for an increasing number of Canadians and causing massive food insecurity.

This is why Canadian nationalism/populism is critical to Canada’s future.

Joining splinter groups that claim Canada is not a sovereign nation or separatist factions within Canada is simply feeding the United Nations agenda for Global control. 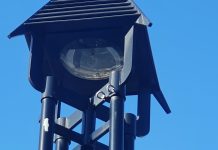