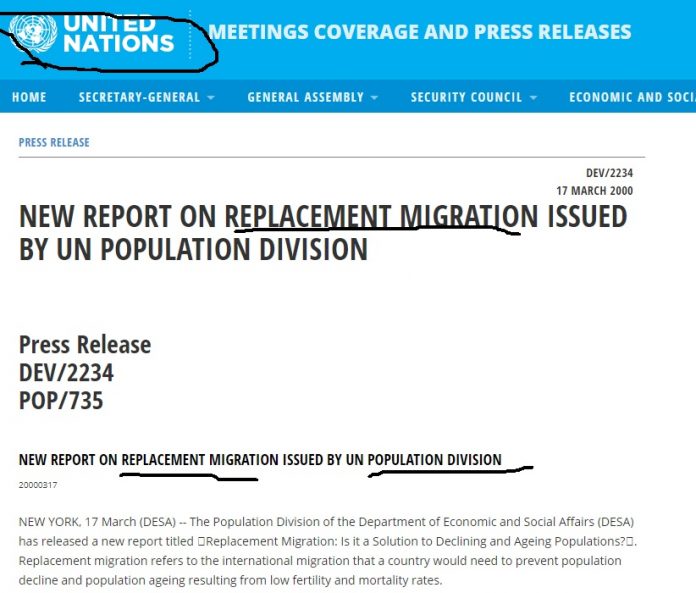 There is a striking correspondence to on-the-ground reality in Canada and other Western countries. Its overall focus:  the creation of post- National States, Detachment of Individuals from Family Unit and Nation, Indoctrination of Youth and General Population, Increasing Civil Division, Fragmentation, and Conflict, Which Eventually Leads to Intervention by the UN and Its Affiliates… Replacement of the Nation-State with Global World Order (Liberal International Order, UN Parliamentary Assembly, World Trade Organization, World Bank, IMF, International Banking Cartel…)

What do we know?

“To complete the breakup of the family, and of the education system, therefore the Society in general, it is essential to encourage “Sexual Freedom” at all levels of Western Society. We must reduce the individual, and so the masses, to an obsession with satisfying their primary instincts by all possible means. We know that this step represents the culmination by which any society will collapse on itself. Was it not so when the Roman Empire [fell] from its apogee, like all civilizations throughout history?

By men of science and laboratories funded by our Lodges, we were able to develop a chemical process that will revolutionize all Western Societies, and relegate to oblivion forever, moral principles and the Judeo-Christian religion. This process, in pill form, will open the door wide to “Sexual Freedom” without consequences, and push the “Women” of Nations to want to break with what will be seen as the yoke of the past (the slavery, women subject to men and the traditional Judeo-Christian family).

Formerly the “Centre and pivot of the family unit,” the modern woman, now as an independent, wants to break with its traditional role, separate from the family and live her life according to her own personal aspirations. Nothing more natural, we know, but where we will intervene strongly [is] infiltrating all new “Women’s Movements”, and accordingly push their logic to its extreme limits. And these limits are already written down as the final breakdown of the traditional family and Judeo-Christian Society.

This “Sexual Liberation” is the ultimate means by which we will be able to get rid out of the “Conscience of the People” a reference to “Good and Evil”. The collapse of the moral and religious barriers will allow us to complete the process of the false “Liberation of Man from his Past”, but which in reality is a form of slavery that will benefit our “Globalist Plans””…

“We will also have an absolute control over all the supranational structures of Nations. These international Bodies should be under our exclusive jurisdiction.

In the same sense, and to ensure the benefit of our influence with the people, we will control all the media information. Our banks will therefore finance only those we favour, while they oversee the closure of the most recalcitrant. This is expected to pass almost unnoticed by the people, who will be absorbed by their need to make more money, and by the entertainment.

We must take care to complete, now, the phased dérégionalisation [sic,] of rural areas began at the start of the “Economic Crisis” of 1929. Overcrowd the cities, like during the “Industrial Revolution”. The landowners, with their economic independence, and their ability to produce the staple food of the States, are a threat to us, and our future plans. Piled up in cities they are more dependent on our industry to survive.

We cannot allow the existence of independent groups from our “Power”. So eliminate landowners by making them slaves to obedient Industries under our control. In regard to the others, we will allow them to organize into Agricultural Cooperatives which our agents will infiltrate to help guide them towards our future priorities.

Using the State, let us highlight the “Respect” due to the, mandatorially diverse, “Cultures”, and to the “People”, “Religion”, and “Ethnicities”, which are ways for us to put the concept of “Personal Freedom” before the concept of “National Unity”, which will allow us to better divide the populations of Nation States, and thus weaken their authority and their ability to manoeuvre. Taken to extreme limits, but within the international plan, this concept, in the future, will push the ethnic groups of different nations to come together to claim individually its own share of “Power”, which will complete the ruin of nations, and will burst into endless wars.

Then the Nation States will be weakened with many battles, all based on the recognition of the “Rights of Minorities” to their independence, the nationalists will be divided into different cultural and religious factions, opposing [each] blindly in struggles without end, and our youth will have completely lost touch with his roots. So we can then use the UN to begin to impose our New World Order.”

This is a translation from the French of a document compiled by a clique of senior financiers who met in Canada in 1967 and then in 1985.