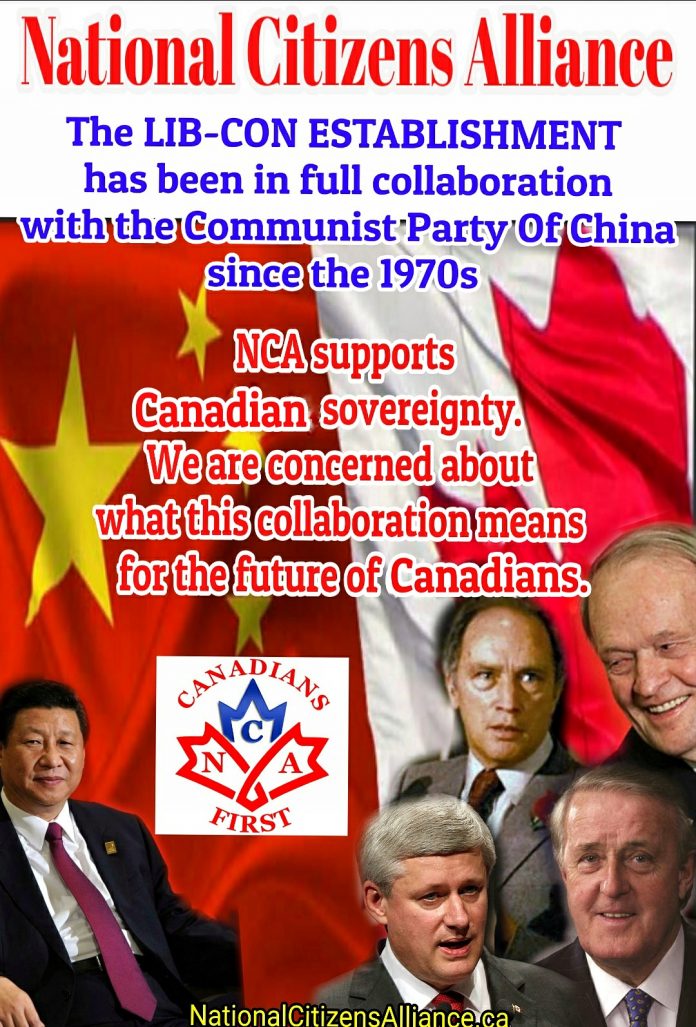 1970 Official relations established in October ahead of other Western democracies

1994-2001 PM Jean Chretien visits China 6 times (note that he was a Minister in P.E. Trudeau’s cabinet. During the interim he paves the way for son-in-law’s Quebec Power Corporation to become intimately involved with the Chinese gov’t power structure. Andre Desmarais sits on the board of Peoples’ Republic of China’s China International Trust and Investment Corporation. Chretien buries RCMP report on “Operation Sidewinder” that details involvement with Chinese criminal gangs (Triads) and the CCP. The RCMP investigators are silenced. John Rae (Former Premier of Ontario Bob’s brother) runs Chretien’s campaign. Bob subsequently appoints former Power Corp. CEO Maurice Strong as CEO of Ontario Hydro. Strong’s sister was a concubine of Chairman Mao. After a financial scandal Strong moves to China where he dies.

L/C. 1998 Chretien Regime establishes the Canada-China Legislative Association, approved by both Houses. (The Executive committee is composed of two Co-Chairs and eight Vice-Chairs representing all officially recognized parties and both Houses. Since its foundation, the Association has visited most provinces in China, hosted a number of Chinese delegations visiting Canada and worked with diplomats to further develop the relationship between both countries.)

L. 2005 PM Paul Martin (whose father was a Foreign Minister and who was on the Board of Power Corp.) creates the Sino-Canada Strategic Working Group creating “a strategic partnership” between Canada and China. Creates the G20 and makes China a prominent member that obtained the presidency in 2016.

2014 PM Stephen Harper signs FIPA (Foreign Investment Promotion and Protection Agreement) with China to run 31 years after politically pretending to be adversarial to China. The negotiations and details are shrouded in secrecy.

We need the Canadian people to empower us through their activism, contributions, and votes. Without that we can only inform about what is going on.

Therefore, if you are concerned, please get involved with NCA. Every person who volunteers, becomes a member, and contributes gives us power. The more power we have the more we can do. 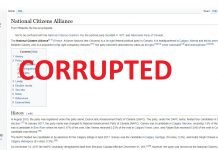