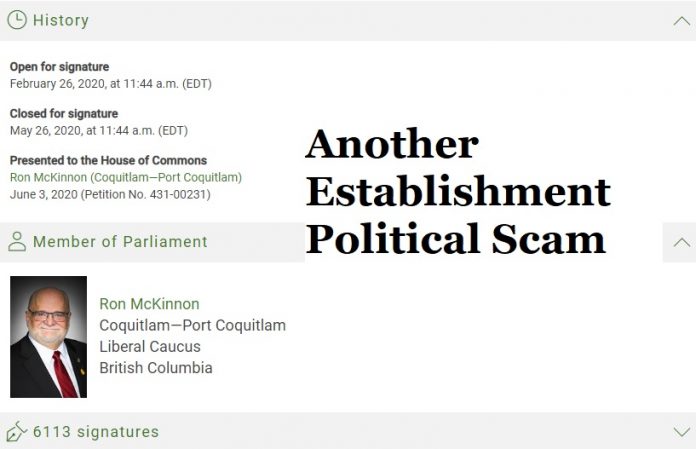 About a month ago NCA was advised about an e-petition to the federal government asking for 1. Update Safety Code 6 to restrict the installation of cellular towers/antennas within 305m of all schools and playgrounds; and 2. request a buffer zone for playgrounds and schools.

It was sponsored by Liberal MP Ron McKinnon, and alleged to have been presented to the House of Commons on June 3rd.

There WAS NO SITTING OF THE HOUSE ON JUNE 3rd.

This petition was never presented in the first place.

In the meantime McKinnon was quoted as having stated:

In other words “people can sign it but it’s legally and politically meaningless, but I’ll humour you”.

McKinnon is the Chair of Canada’s Standing Committee on Health.

So it’s woefully obvious that McKinnon never presented this petition and it didn’t have his support from the start. This was an obvious political manoeuvre lacking in sincerity.

One of our goals as a non-mainstream grassroots political party is to expose the corruption in the existing Lib-Con establishment.

Stop begging these parties for your rights and stop thinking that they will represent your best interests. They’ve been selling us out for the last 50 years (at least).

Several people have advised us that they contacted their MPs about the issue of 5G safety. Michelle Rempel Garner, Conservative Party MP for Calgary Nose-Hill, had her office respond with a promotion of Safety Code 6 which endorses levels of non-thermal radiation magnitudes higher than the recommendations of the Bioinitiative Report.

Another MP suggested to a constituent that she collect 1 million signatures on a (wait for it) petition.

“Press Progress”, which is a notorious NDP Party cheerleader, published this propaganda slam in which it smeared Canadians as “anti-lockdown protesters and 5G truther(s)”

The study noted in the petition is summarily dismissed by a talking head who has done no research into the biological effects of non-ionizing radiation, and conveniently omits to mention the 46 studies referenced in it. He goes on to diminish the qualifications of the researchers who published the paper in an obvious ad hominem.

His bio states that critic Steven Salzberg is a professor of Biomedical Engineering, Computer Science, and Biostatistics.

Please read the study in its entirety here:

We should also note that Johns Hopkins is also a central hub for the “Coronavirus Resource Centre”. Note that it doesn’t say “research”. It says “Systems Science and Engineering”.

The Press Progress article also notes that Green Party Leader Elizabeth May said she was “obliged” to sponsor a petition by one of her constituents whom she referred to as a “truther” (which is a term that means the same as “conspiracy theorist”).

So there you have it: none of the mainstream political parties has any intention of taking the work of any oppositional researchers seriously.

NCA is the ONLY federally registered political party in Canada tackling this issue at all.

If you care about your health and well-being and the welfare of coming generations of Canadians support NCA.

Join, become a Member and please Donate at

Link to the Petition (now defunct) at: 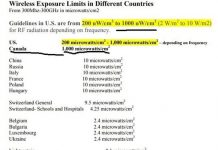 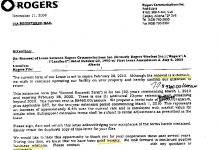