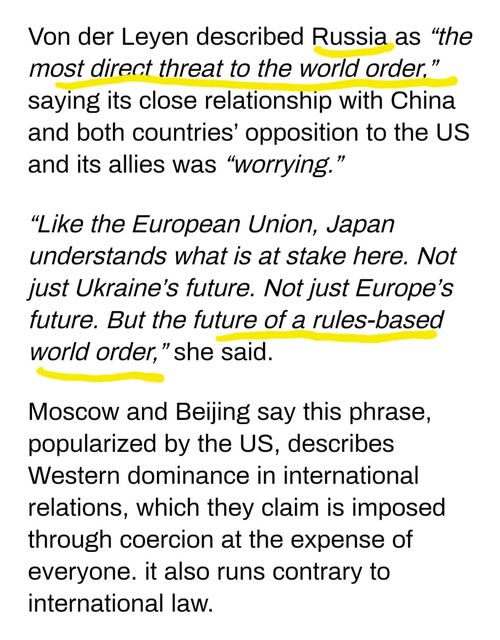 This rhetoric is coming from Von der Leyen, President of the European Commission.

The rules-based world order often parroted by political puppets like Trudeau is the unipolar world order that is ushering in global governance aka one world government and the so-called Fourth Industrial Revolution (a totalitarian AI technocratic world and society masked by the illusion, pretense of democracy and freedom).

The underlying values of this order is tyranny as shown by the tyranny against protesters in Canada and the theft of Russia’s foreign reserves.

Anyone who challenges the status quo is subject to persecution. Therefore, the root of the world order is tyranny.

Hypocrisy and double standards are the norm: the invasion of Iraq on false pretenses and murder of 1 million Iraqis, the overthrow of Libya for not following the rules, the occupation of Afghanistan under the pretense of fighting terrorism to get geopolitical foothold and access to resources…. and while wage military, informational, economic war on Russia for standing up for its sovereignty and national security and use Ukraine as a proxy to beat down a perceived adversary.

There are no enlightened values involved here. It is survival of the strongest, which is why the unipolar world order is deemed to fail both domestically and internationally. 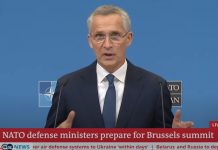