The statement by Mark Milley, the US Joint Chiefs of Staff Chair, regarding growing Western conflict with Russia and China:

“We are now facing two global powers, China and Russia, each with significant military capabilities, both who intend to fundamentally change rules based on the global order. We are entering a world that is becoming more unstable. The potential for significant international conflict between great powers is increasing, not decreasing,” Milley told the US House Armed Services Committee.

“My advice would be to create permanent bases but don’t permanently station (forces), so you get the effect of permanence by rotational forces cycling through permanent bases,” he said. “I believe that a lot of our European allies, especially those such as the Baltics or Poland and Romania, and elsewhere — they’re very, very willing to establish permanent bases. They’ll build them, they’ll pay for them,” Milley told the US House Armed Services Committee.

Clearly, the Western establishment globalists are threatened by the emergence of the multipolar world, which became reality when Russia declared that unfriendly countries must pay for Russian natural gas in Ruble, and the Bank of the Russia linked the Ruble to Gold by establishing that 5000 Rubles is equivalent to 1 gram of Gold (until June 30, 2022).

Ironically, the US instigated 2014 coup in Ukraine, and the eastward expansion of NATO including military deployments has led to the Russia Ukraine conflict and now closer ties between Russia, China, and India. Ukraine is nothing more than a proxy to get at Russia, and the Western media is nothing more than a propaganda tool of the Western deep state.

Did the Western deep state underestimate Russia’s reaction to imminent threats to its national security and sovereignty?

Will the Western deep state risk a world war to preserve its unipolar biased rules based order?

The Western sanctions against Russia, whereby $300 billion in Russian assets have been frozen, has completely undermined the global fiat financial system. A reserved currency must be neutral, and therefore the Western deep state has self-destructed by making blatantly for the world to see the political nature of the (now dead) US reserved currency. There is no going back.

One option is for the Western deep state to impose tyranny on Russia and China, and any other independent country that supports a multipolar world. Russia and China are great powers with nuclear arsenals.

The other option is for the Western deep state to accept the multipolar world, and try to prosper within it.

Despite, puppet Biden tapping into the US strategic oil reserves, crude oil remains over $100 a barrel. As the proxy war in the Ukraine deepens and prolongs, inflation including food shortages will only increase. Mistake not, the Western deep state war with Russia and China is already underway economically, informationally, and militarily (via the proxy battleground of Ukraine). It is important that the everyday person understands the geopolitics in order to avoid getting caught up in it. 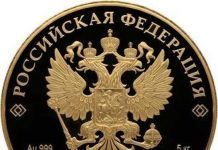 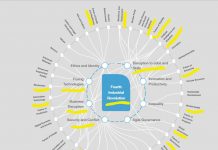 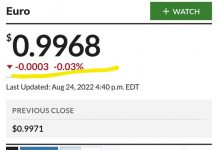