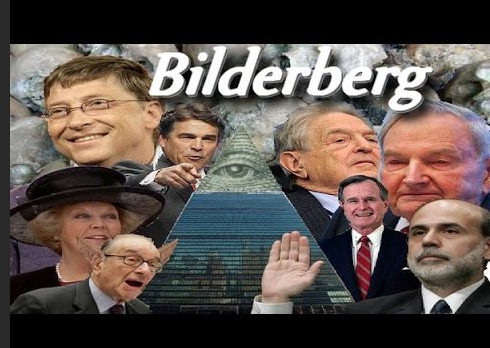 In 1954, some of the wealthiest men in the world met for the first time in Oosterbeek, Netherlands to plan a One World Government and have been holding highly secret and secure meetings annually ever since.

They called themselves the Bilderberg Group with a membership of billionaire so-called elites, power-brokers and media influencers, mostly from the U.S., Canada and Western Europe.

What is not so well known are the names of the Canadian members, and you might well snicker at former Canadian P.M. Paul Martin’s contention in 2004 that he was forced to play a role in Bilderberg because of some perception that Canada was being portrayed as a “banana republic” by pundits in the U.S.

Canada’s erstwhile political leadership (we say that because the PM is just a front-person for the Queen’s (LibCon) Privy Council controlled consortium) has always tried to downplay its role in world affairs while quietly donating billions in taxpayer dollars to Globalist endeavours.

You may recall that during the 2015 Election campaign, current PM Justin Trudeau was queried by a reporter regarding his father’s membership in the Bilderberg Group. His response was “I don’t know anything about it.”

Like Paul Martin’s “banana republic” statement, this is a lie.

He also pretended not to know anything about the Trans-Pacific Partnership (TPP).

Canadians should find it very disturbing that these establishment career politicians have been deceiving us for years as to where their real allegiances lie.

It goes without saying that they are not working in the best interests of Canada at all.

Here are Canada’s very own Bilderbergers: 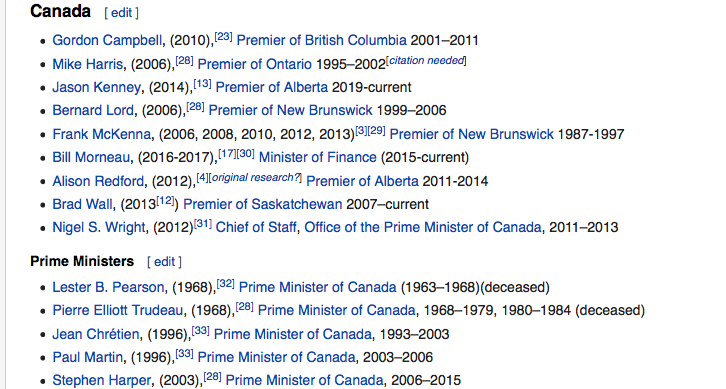 You will find plenty of pandering to ethnic minorities and religious groups and statements about diversity and protection of refugees and immigrants, all consistent with an Open Borders Agenda. How does this enhance Canada’s “security”? It’s simply another double-speak document that pretends to do one thing while doing the exact opposite.

We see the same kind of rhetoric embodied in such documents as UN Agenda 2030 (adopted by Harper in 2015), which has the same end goal as the Bilderberg agenda: a One World Government.

Martin was responsible for creating The new Public Health Agency of Canada and the position of a Chief Public Health Officer for Canada in 2004 as well.

This notion about an “open society” really means that Canadians will be subject to surveillance for security purposes, but it’s not our security they’re concerned with: it’s for the security of the so-called elites in the One World Order.

How will they implement their security agenda?

Why do you think Canadians have really been in lockdown and what many are now calling a PLAN-demic of this mysterious illness called COVID-19?

Bilderberger Bill Gates (and puppets like Justin Trudeau) are constantly featured in the mainstream media with dire predictions the lockdown can ONLY be lifted if everyone is subjected to mandatory innoculation with a vaccine likely to contain a biometric tracking chip.

The establishment political and media puppets are maintaining a state of public fear by constantly advertising alleged increasing numbers of “cases”. Then there’s the dangle of “we can’t end the lockdown until…”

National Citizens Alliance has also been working overtime to expose the stealth deployment of 5G infrastructure including AI/5G facial recognition technology across the country, which will allow the monitoring of Canadians 24/7 in real time with no way to opt out.

If you think that 5G is being rolled out so that you can have “faster download speeds” you are very mistaken.

5G is the very same technology that is being used in China at present coupled with a “social credit” system that is used to limit citizen freedoms and create totalitarian control.

Canadians are presently being conditioned to believe that their freedoms are controlled/allowed as a function of government, rather than as the democratic principle of citizens electing a government that serves their best interests. The more gullible are being conned by incessant messaging that the lockdown is in the public interest and “for your own good”.

Ontario Premier Doug Ford recently called open air lockdown protesters “yahoos” and “reckless” with a chorus of the publicly brainwashed chiming in with jibes that they deserve to get sick and die.

If you still think that Canadian mainstream political parties are in any kind of real opposition to one another you’ve been grossly misled. This opposition is superficial and meaningless, and only serves to create an illusion of democracy.

National Citizens Alliance stands in true opposition to this LibCon establishment hijacking of our country to play into a Globalist agenda/One World Government.

Watch Paul Martin squirm through an independent journalist’s questions about his participation in the Bilderberg Group:

Notice the 2020 meeting has been postponed.