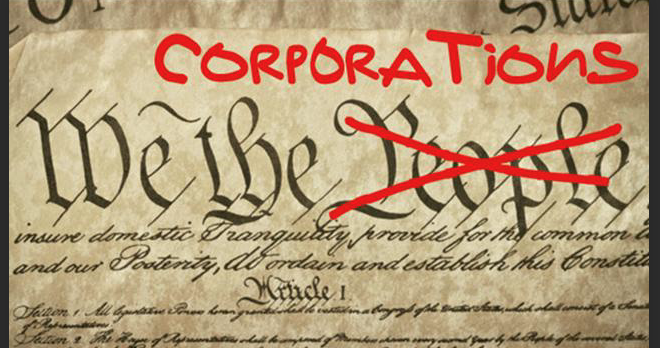 When voting day arrives, and millions of Canadians prepare to do their civic duty by casting their ballot, many have little or no knowledge of the often elusive corporate elites who have a major hand in influencing policy decisions made in the backrooms of political parties both federally and provincially.

Yes, the power publicly – traded corporations have over elected governments is truly frightening and should be of great concern to hardworking, taxpaying folks who believe in grassroots democracy.

The roots of corporate dominance of government date back close to two centuries. To those of you who have an understanding of life in the United States in the years preceding the Civil War, which lasted from 1861 – 1865, the southern states had a predominantly agricultural-based economy while the north was an industrial powerhouse, a factor which greatly favoured the Union winning the conflict. Out of these industries, which included steel and ironworks, manufacturing plants, and coal plants, emerged the most powerful publicly – traded corporations of the era. And these companies used their wealth to sway government policy. The 14th Amendment of the U.S. Constitution was enacted to abolish slavery, declaring that African – Americans were persons equal under the law. By the late 19th Century, the Suffragette movement fought for the right of women to be declared persons under the law as well. Corporations argued that they should also be considered persons by law and have the same rights as individual citizens. Sadly, the courts sided with them.

By the early 20th century, as corporations became more powerful and stifled organized labor activity at every opportunity, governments were forced to enact antitrust laws that effectively broke up the largest conglomerates. This worked for several decades until the early 1970s, when Lewis Powell, a prominent American corporate attorney and a board member of 11 corporations, was nominated by President Richard Nixon for the U.S Supreme Court. Two months earlier, Powell had written a long memorandum to Eugene Sydnor, Jr., the Director of the U.S. Chamber of Commerce. The memo, known now as the ‘Powell Manifesto’ was to serve as a blueprint for the corporations to dominate U.S. politics and effectively create a monopoly, thereby eradicating the traditional system of true free enterprise. To be succinct and to the point, elected representatives wouldn’t represent their constituents as much as their corporate masters. Keep in mind that this was an era when globalism was becoming fashionable, to say the least, and multinational corporations were eager to offshore millions of well-paying North American middle – class jobs to Communist China.

Yes, what we’re faced with today is truly a case of the tail wagging the dog. Much of this corporate monopolism our neighbours have fought against south of the border is also a pressing issue in Canada. Initiatives such as the Temporary Foreign Worker Program in actuality do not strengthen the Canadian economy and only serve to keep real wages stagnant. To add insult to injury, the very companies who advocate for open borders to ensure a steady supply of cheap labor are often the very ones who receive generous amounts of corporate welfare courtesy of an already overtaxed and beleaguered populace whose standard of living and personal wealth levels have been declining for four decades.

By electing strong-willed leaders dedicated to putting the needs of the country first, this tide of corporate dominance can be stemmed. Governments would do wise by focusing on small and medium-sized businesses, which employ the bulk of the Canadian workforce. You don’t get what you deserve. You get what you put up with. It’s time to send a message to our elected members that they serve us, not a cabal of global corporate elites.

Chris McGarry is a freelance writer and author who lives in Prince Edward Island. He can be reached via Facebook: