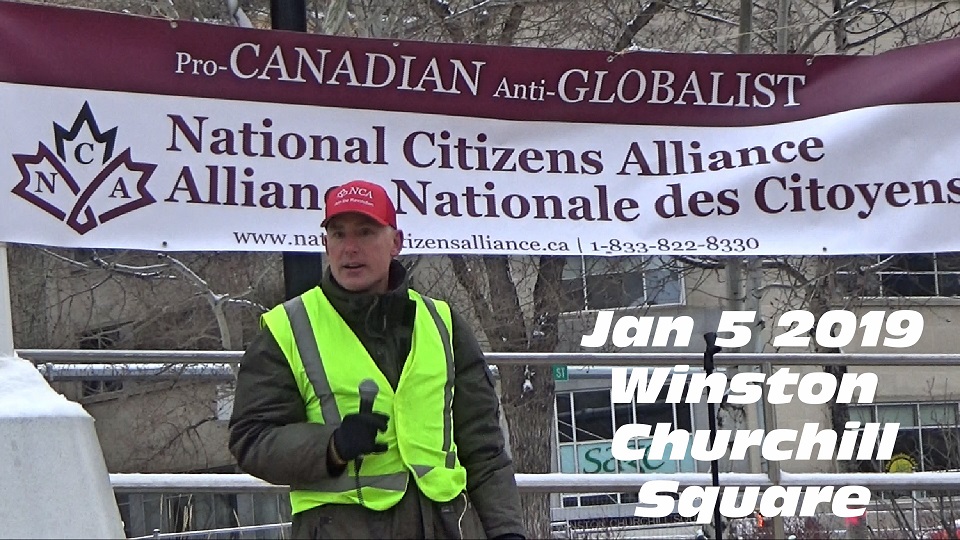 Statistics Canada just released the newest version of Police Reported Hate Crime in Canada on April 30th. We would like to highlight some facts that are not being reported in the mainstream media, which tends to showcase the views of and quotations from people who (as you will soon see) are making lucrative careers out of operating a growing number of “anti-hate” NGO’s in our country. They are being funded with our tax dollars in excess of $45 million.

“Despite the increase in ethnic diversity in Canada, hate crimes account for a very small proportion of all crime reported by police each year, making up 0.1% of all police-reported crimes” says the report. That is a tenth of one-percent of a reported 1.9 million crimes.

Notwithstanding, Canada’s Dept. of Public Safety issued this press release on March 16th: “The University of Ontario Institute of Technology will receive $366,985 over three years from the Government of Canada to examine the right-wing extremism movement through interviews with law enforcement, community anti-hate activists, and former and current extremists. The University will also partner with the Institute for Strategic Dialogue in London, U.K., to conduct innovative analysis of online content and media coverage, designed to inform local responses to hate speech and hate crime.” The person who appears to be controlling these funds is one Dr. Barbara Perry, Professor, Faculty of Social Science and Humanities.

Last year, another group, the Organization for the Prevention of Violence received a $1.29 million grant from the federal government for a three-year study as part of its national plan to counter hate and violent extremism in Alberta. This is interesting considering the latest report shows that the incidence of hate crimes is higher in Ontario and Quebec…

“The OPV, in cooperation with the Canadian Network for Research on Terrorism, Security and Society, the Canadian Practitioners’ Network and the Students’ Commission is pleased to host Partnering in Practice: Preventing Social Polarization in Edmonton from November 30th to December 3rd, 2018. This conference is generously supported by UNESCO” (that the federal government, irrespective of which mainstream party is in power, has been funding up to $10 million a year).

In 2017 Public Safety Canada advised that it was creating a new Centre for Community Engagement and Prevention of Violence with these highlights:

*An initial 10 projects of organizations with work underway on countering radicalization have already been funded through a directed call.”

Interestingly, that “10 projects” link says that page is “unavailable”…

One of the more visible groups that has sprung up in recent times is the rather rabid “Anti-Hate Network”, which slandered the law firm of Gardiner, Roberts LLP by claiming that they were advocating “ethnic cleansing” in Canada. (Source:https://www.thepostmillennial.com/canadian-anti-hate-network-accuses-law-firm-of-promoting-ethnic-cleansing-while-hiding-its-own-ideological-bias/)

We agree with the author of that article that “The supposed anti-hate organization seems to be more interested in bullying people for political wrong-think than fighting any form of real hatred in Canada.”

The same day the above-referenced report on hate crimes was released, the Anti-Hate group appeared to be upset that the results weren’t more inflated!

What should be particularly concerning to Canadians is that the concept of “far-right extremism” is being piggybacked as the major cause of hate crimes when this has not been shown to be the case: it’s a supposition by those who have the most to gain financially by showcasing this theory whenever possible in the mainstream media to justify their group’s existence.

In 2014, CSIS declared on its website that right-wing extremism was not a significant problem in Canada. In 2018 a CSIS internal review found that the majority of right-wing extremism activities consisted of or were “near to,” lawful protest, advocacy, and dissent. It determined that the current threat environment no longer met its criteria for investigation. CSIS also determined that the public order threat as opposed to a national security threat could be appropriately addressed by local law enforcement. (Source: http://www.sirc-csars.gc.ca/pdfs/ar_2017-2018-eng.pdf)

We have to be leery of groups promoting the theory that their subjective interpretations of potential effects should be paramount over a demonstrable level of harm or even the intention of the accused.

There is a longstanding principle of law, mens rea which according to the Legal Dictionary means ” Guilty knowledge and wilfulness. A fundamental principle of Criminal Law is that a crime consists of both a mental and a physical element. Mens rea, a person’s awareness of the fact that his or her conduct is criminal, is the mental element, and actus reus, the act itself, is the physical element.”

We agree with the author of the Post-Millenial article referenced above “In my view, the Canadian Anti-Hate Network represents the worst of modern politics. A group of like-minded opportunists and ideologues who mask their political goals and ambitions as neutral “social justice”.

Even those who are not fans of certain social media personalities should find it reprehensible that people like Evan Balgord of this anti-hate group should be wallowing in childish glee with boasts like this on Twitter:

So, who is Evan Balgord? His bio states “Balgord earned his Honours Bachelor of Science at the University of Toronto with a double major in Psychology and Sociology. Following that, he completed the Munk School of Global Affairs Fellowship in Global Journalism.” In short, he’s a Globalist shill. TSAS receives funding from Public Safety Canada.

What should concern us even more is that this group “is modeled after, and supported by, the Southern Poverty Law Center in the United States,” which has quite frankly been outed as a fraud. According to several articles researched, this one sums it up best as “A big money-making smear machine” “that uses its list of designated hate groups in much the same way: to manipulate the lives of others, smear reputations, control personal relationships, and reap the spoils. (Source: https://thefederalist.com/2017/05/17/12-ways-southern-poverty-law-center-scam-profit-hate-mongering/)

Canadians should be concerned that a small group of taxpayer subsidized vocal activists who are working to enforce Globalist goals of open borders, the erasure of Canadian sovereignty and the censorship of open debate/criticism of government policy are also being quoted as authorities in the mainstream media. We are at a point where these people have been given carte blanche to label anyone who criticizes immigration numbers, or who talks about Canadian identity and heritage a “far-right extremist”.

National Citizens Alliance believes that the $45 million+ currently being spent on these so-called anti-hate groups would be better invested with Canadian homeless, veterans, seniors and low income earner programs.