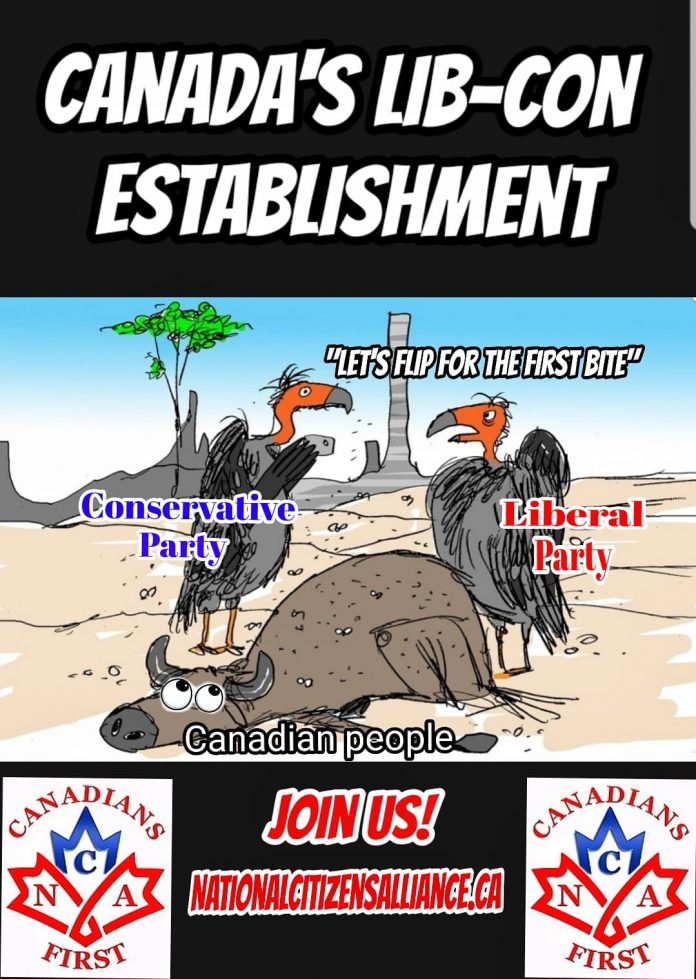 It’s been right in front of our faces all along, however what may not be so obvious is the level and degree of how manipulated our political system has become.

It’s the illusion of a Two Party System that’s only been reinforced and made stronger by social media.

While various pundits expound the virtues of social media as a voice for the silent majority or for oppositional viewpoints, it too has been hijacked by the status quo in order to further control us.

The mainstream media, television, print and its online versions have been called out as propaganda outlets for the current Liberal government, however what has seldom been exposed are the numerous “alternative” online media outlets that appear to lend themselves to “conservative” or oppositional viewpoints.

To read more about some of the specifics readers should take a good hard look at this essay by Canuck Law:

The mainstream provides us with “Option A” and the supposed alternative provides an “Option B” which is actually intended to created a division between two erstwhile groups of cheerleaders who are immediately pitted against one another in a continuous loop of contrived adversarial opinion.

And you may have noticed that the cheerleading has become increasingly hysterical among many on both “sides” of the aisle.

In the meantime there is “Option C” a.k.a. the BIG PICTURE which steps outside this divide to expose the fight in the sandbox for what it really is: a big scam.

One of the pivotal issues in recent Canadian history was the adoption of the mantra of multiculturalism. It’s enshrined in our Charter/Constitution as official government policy (section 27). There’s even an official Multiculturalism Act (1988).

It could easily be argued that this was a turning point in Canadian history, yet there is no one in either of the Lib-Con parties who dares to criticize it or point out how it is being used to manipulate ongoing migration issues that are actually not supported by the majority of native Canadians. And these mass migration policies aren’t supported by many of the more recent immigrants to Canada either.

Want to discuss how mainstream parties pander for ethnic or special interest votes rather than engage in discussions about actual written policy? You can pretty much discard that idea because these parties don’t have written policies they have meaningless policy statements about “values”. And they’re virtually identical.

Are there oppositional voices in the Lib-Con establishment that condemn political correctness, which has been insidiously inserted into political discourse as a means to stifle real out-in-the-open debate?

It should probably be pointed out that a certain career politician who made mention of these issues in the last election did so in such a superficial, unconvincing way as to create another level of fake opposition. That was likely the real intent, considering Mr. Bernier’s previous political history that very few of his supporters actually bothered to look up, or, if they did, turned a blind eye for their own personal interests or simply bought the usual political rhetoric.

What about mass immigration? The official numbers have been touted to be around 340,000 per year. In the meantime the elephant in the room that’s being ignored by all the aforementioned players is the more than 1 million migrants through all streams that were admitted in 2019 (1,087,621 gov’t projection). All the mainstream managed to “debate” were the “illegal” (PC=irregular) migrants with never a mention of the bigger picture.

In the meantime the so-called Conservative party appears to be struggling with an identity crisis in how to continue to market itself as anything but a mirror image of the Liberal party. In case you hadn’t noticed they are now trying to convince their camp that they are Canadian nationalists.

History blatantly shows this to not be the case.

No real Canadian nationalist would have agreed to UN Agenda 21 in 1992 as Mulroney (Con.) did, nor Harper (Con.) with UN Agenda 2030 in 2015 just before the previous election. There was never any debate, and certainly no consultation with the Canadian people.

Canadians should also take note that Harper publicly stated at a G20 conference that Canada was going Globalist, which trades national economic interests for multilateral economic ones.

And what many were never apprised of is the fact that the UN Migration Compact was attached to UN Agenda 2030 to be implemented in 2018. This time there was a token debate in Parliament but it was all an act for political theatre. After all, who would believe the Conservative party hadn’t known about it for the previous 3 years?

The fake Lib-Con divide was exacerbated following the 2019 election with historical levels of hysteria from Conservative party followers in Alberta attacking Liberal voters in Ontario, Quebec and the Maritimes for not voting for the other guys. It seems they had forgotten in their rhetoric about transfer payments and pipeline projects that the last transfer payment formula was created by the Harper (Con.) government, and that no major pipeline projects were undertaken by that government either.

Everyone seems to have been ignorant of the fact that the present problems in Canada’s energy development sector are directly tied to UN Agenda 2030, again which no one in the Lib-Con establishment will ever talk about (and again, only token protestations in vague statements about the UN by the career politician who started his own party and who pretended to be a populist).

The icing on the cake is Canada’s Privy Council, which is comprised of elites from the Lib-Con establishment: Harper, Chretien, Mulroney, Rempel and Bernier, just to name a few. This is where the real decisions are made. This is Canada’s equivalent to the “deep state”, contrary to Mr. Bernier’s public comment “We don’t have that in Canada.”

There are also ties to the Trilateral Commission, Council on Foreign Relations and various UN organizations. Also pulling strings is the Soros’ funded Tides Foundation, Society for Open Borders which has recently teamed up with the Koch/Atlas network which ultimately wants the same things.

Canadians need to pull away from this facade and start looking at the BIG PICTURE if they want to have any hope of really turning this country away from the Globalist/UN path that the mainstream parties, working in collusion, have put us on.

As one pundit said “They are two wings on the same bird.”

Or perhaps birds that flock together pretending to be a different species. 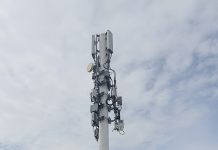 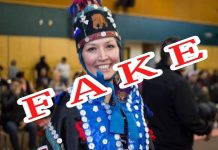 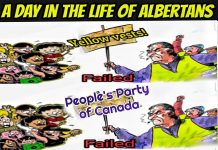 Who is behind “Wexit”?