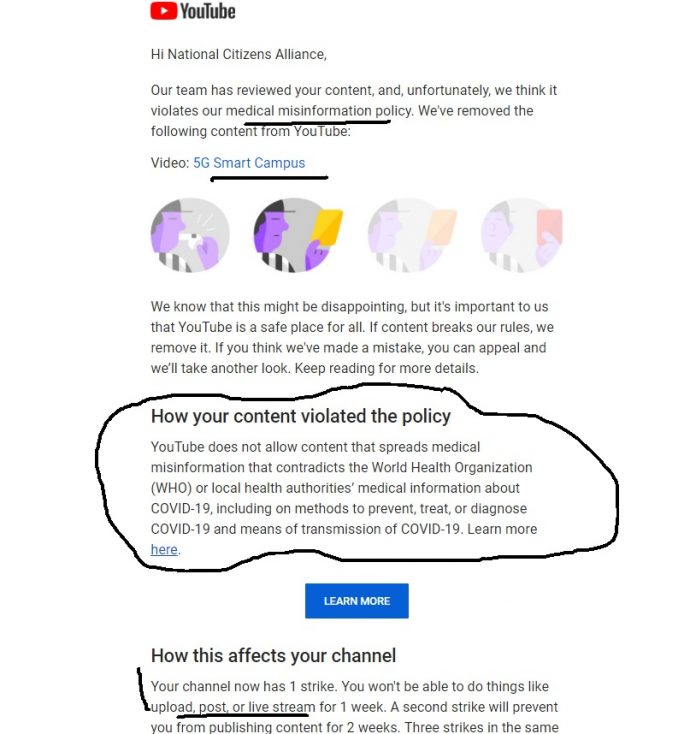 The so-called “Great Reset” aka UN Agenda 21 and UN Agenda 2030 is a globalist NWO agenda to transform the world by attacking the nation-state and its foundations including the family unit, sense of patriotism, and national sovereignty, and replace them with a digitalized currency, open borders, global citizenry, and centralized global governance. The end goal is the creation of a global, national AI Technocracy.

A case can be made that COVID-19 and the establishment political and media fearmongering, and curtailment of basic freedoms are a means for this transformation similar to the UN IPCC exaggerated climate change existential threat. The 2010 Rockefeller Foundation Annual Report mentions a pandemic:

5G, 6G, 7G… are the technological gateway for the AI Technocracy. Without this technology there is no so-called “Great Reset”. It should be pointed out that so-called Conservatives are deceiving the public by pretending that they oppose the Great Reset, when in fact, it was the so-called Conservatives that adopted UN Agenda 21 in 1992 and UN Agenda 2030 in 2015, and support as official policy CANZUK, globalist trade bloc to protect the Liberal International Order.

These NCA speeches by me at the Vancouver March for Freedom on December 5 and 6, 2020, shed light on the bigger picture.

Part of the means for the Great Reset is the online institution of a political credit system in Western countries. Any individual or organization that provides alternative perspectives on COVID-19, lockdown, vaccines, quarantine camps will be censored and even deplatformed by the social media technocrats via the establishment cabal and its political and media puppets. Even perspectives that share different theories will be censored.

In this NCA article, we discuss the social credit system:

Since October 16, 2020, National Citizens Alliance a registered federal political party has been under shadow or ghost ban by Facebook, because we shared the perspective of some Norwegian doctors on COVID-19, and we alerted our supporters about the quarantine camps, which we view as a form of internment, by sharing a federal government hiring document for the quarantine camps.

This ban has caused a 82% reduction in our views and commentary. Overall, it is creating an even more unfair federal political playing field, and a direct attack on Canadian democracy and all Canadians.

Recently, NCA has faced censorship on YouTube as well. A NCA video of a No New Normal Rally in Vancouver, in which we were documenting what the public was saying, was taken off YouTube.

Here is the No New Normal video that was banned. Note, Facebook is preventing us from displaying the FB videos:

As of yesterday, another NCA video of the UBC 5G Smart Campus was removed from YouTube. In the video, I answered questions on various issues from a concerned citizen. The Q&A was in the realm of theoretical dialogue, and yet it was deemed “medical misinformation.” As a result, we have been given seven day ban on YouTube.

Here is the second video that was banned from YouTube:

The basic message is that only the WHO mainstream narrative can be talked about and shared in the big social media platforms. This censorship is symptomatic of the tyranny that is here and will only increase as the global, national AI Technocracy takes shape.

People in Canada and throughout the West and world are living in an increasingly Orwellian globalist tyranny. The establishment political and media puppets are perpetuating this tyranny through their lies and deception.

These political and media puppet sellouts need to be rooted out. Anything short of this will fail in bringing meaningful change. NCA was created for this very purpose. Though it is up to the people, many of whom are controlled through fear and misinformation. And they are further controlled by lies and deception projected as truth such as the so-called Conservatives pretending they question the mainstream COVID-19 narrative and oppose the Great Reset, while they push for faster vaccines, and the so-called Conservative premiers have been in lockstep with so-called Liberals. Such is the current toxic, shallow, corrupt political environment.

NCA Is Ready to Act on These Serious Issues, But We Need Your Support:

NCA as a registered federal political party is only a vehicle of the Canadian people. If we had a majority of the Canadian Parliament, we would put an immediate stop to the 5G deployment and many other issues including Great Reset, political and social credit systems, and mandatory masks and vaccinations.

The power resides with the Canadian people. We need the Canadian people to empower us through their activism, contributions, and votes. Without that we can only inform about what is going on. Therefore, if you are concerned, please get involved with NCA. 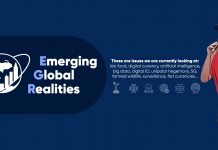 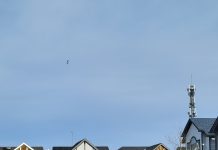 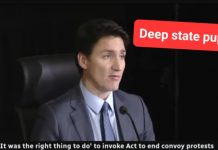