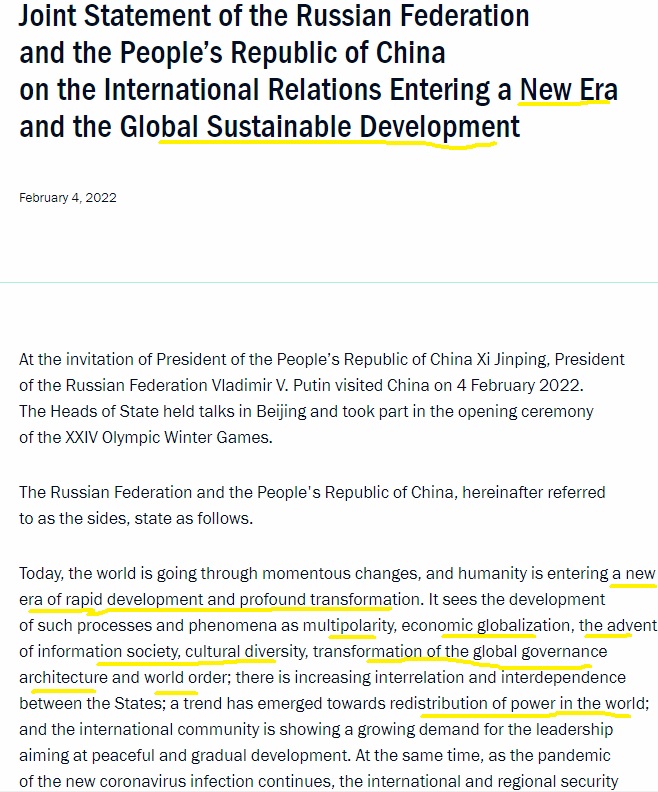 As shown by the February 4, 2022 Joint Statement of Russia and China on International Relations, there is no decisive break from the so-called Reset as established in UN Agenda 21 and 2030.

The only difference will be the multipolar component to global governance. It should be noted the “New Era” is the same lingo out of TED Talks and the World Economic Forum.

The US, UK deep state are highly resistant as they now call for a “global NATO” to protect the unipolar biased rules based order, and even Biden has called for the seizure or theft of individual Russian property. So freezing assets has now morphed into stealing assets and property.

Unfortunately, there is a massive acceleration in artificial intelligence, 5G infrastructure, and digitalization as countries compete in this space. Even the Russian central bank announced that it is working on digital Ruble that will be backed by the traditional Ruble. The Western deep state governments are all engaged in digital ID and currency, and mass AI surveillance.

Even still NCA believes that multipolar is better than a unipolar concentration of global power. Humanity will have to speak louder to ensure than its concerns are heard. 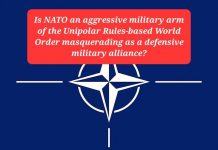