The telecommunication industry, Health Canada, Industry Canada, Government of Canada, mainstream media, multi-controlled opposition tell us that there is no harm from non-thermal, non-ionizing EMF radiation.

The agenda is simply to deny any health effects from EMF radiation, and thereby prevent any telecommunication liability. With the deployment of 5G and emerging 5G AI World, the concerns over the health effects are amplified from the increased 5G frequency starting at 24.25 GHz, addition of millimeter wave frequency, and mass exposure.

“Mild symptoms start with upset stomach like being extra hungry, then nausea, headaches but more like severe brain fog, strong tin can taste in the mouth. When it gets worse it can affect the thinking process. Bad decision making, incoherent actions, loss of eye hand coordination, and raw emotions. These are similar to getting a concussion.

Worst incident was working on a live Broadcast tower and testing how high before the RF was above the SARS rating. Ended up the meter failed and I was in a zone 14 times then the human limit. Almost forgot how to climb down… when on the ground I couldn’t get my Harness off and started almost crying…. 10 days later it cleared up.

Been on Live FM towers, AM towers, Radar, RCMP, ECOMM, and all Telecom, Etc…

Now behind the desk directing the projects. Waiting to get out of the industry.”

SARS refers to Specific Absorption Rate which, the unit of measurement for the amount of RF energy absorbed by the body when using a mobile phone. International Commission on Non-Ionizing Radiation Protection (ICNIRP) has international guidelines set at: 2W/kg (using 10gm averaging mass). Mobile phones are tested for SAR compliance in laboratory conditions. However, ICNIRP does not recognize the non-thermal health effects of EMF radiation, which is consistent with the telecommunication agenda to not admit any liability. In the article below, ICNIRP is exposed further for its fraudulent EMF radiation standards: 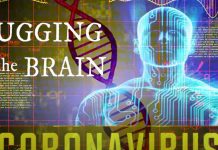 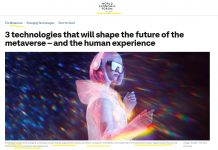 Brain Computer Interface (BCI): What is Here, What is Coming…